Our baby girl turned four months on the 9th.


I get that time flies extra fast in motherhood land.


But this is kind of ridiculous. 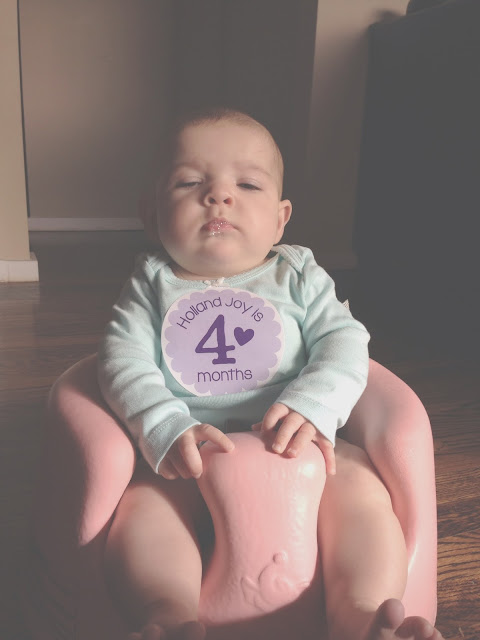 At her recent check up we learned that she's doubled her birth weight.


That's what we call her.


Which will probably have to change before junior high.


Ho Jo is another nickname that's likely to stick.


That's a little cuter, I think.


She's still sleeping in our room but is close to outgrowing her bassinet.


And I don't really have a plan for that yet.


So I'm hoping she takes a little growth break.


Is that such a thing?


We just started solids on Tuesday.


Which probably won't help with the break.


We added apples and strawberries.


And a feeding assistant. 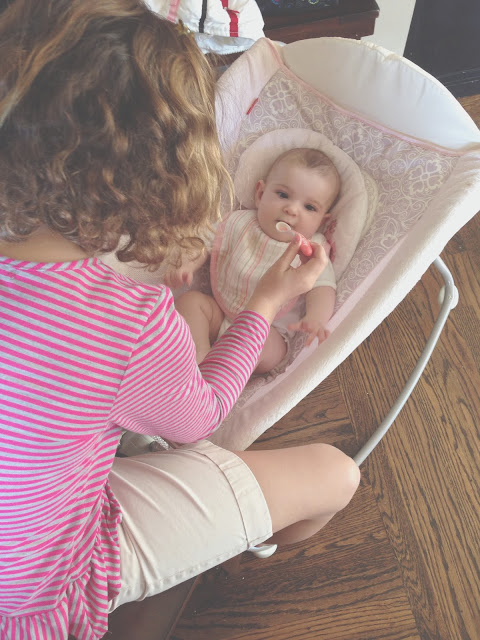 She spends her days being rotated around various locations in the house.


She likes to look at herself in the mirror.


The Rock and Play station.


Where Lincoln steals her toys.


And the Bumbo station.


Although her ever growing thighs are about to make that last one obsolete. 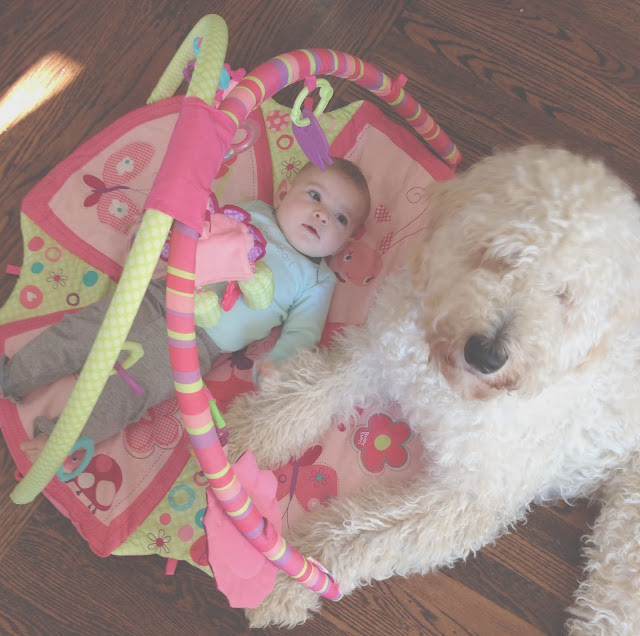 
But gets stuck on her tummy so she doesn't travel very far.


She loves her big sisters and her puppy.


She is smiley and drooly and cooing like crazy.


They are the sweetest sounds in the world.


I think it's just the bright colors and fast motion.


But her dad is pretending it's more.


Kayla has zero interest in the old pigskin.


She's mainly concerned with the opponent.


And says that Satan likes them.


I'm not making that up. 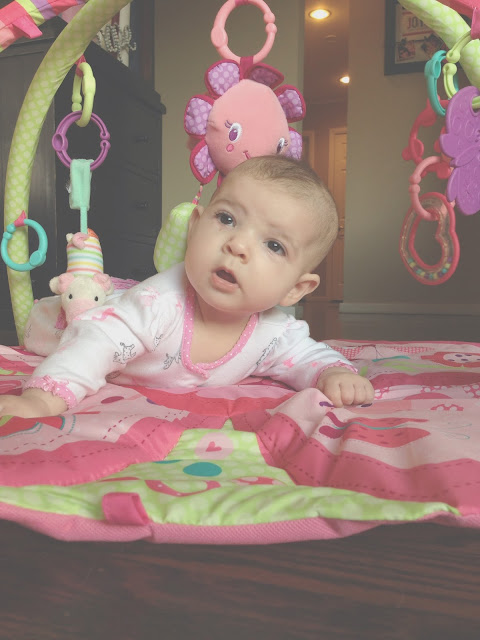 Littlest sister may be his golden ticket.


Or we can just pretend.


You bring us sunshine.
Posted by Jessica Johnson at 7:06 AM